Below is an unformatted transcript of my Tweet Essay on "Failure of Incentives", based on this Original Tweet Thread (#de_incentives). Also see my Master Index of Tweet Essays.

Go to the original thread to use links.

👉My claim: Economic incentives will have little effect on low birth rates. You can't bribe people into having more babies.

Explored in a #dd_TweetEssay 🧵⇩ 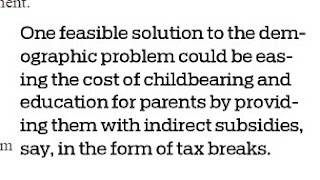 ➤ This 🧵 was prompted by an article in an official 🇨🇳#dd_cn news source. A professor laments the Chinese demographic crisis and offers the usual platitudes. Article

His suggestion: Maybe the birth crisis can be "solved" with tax breaks for parents. 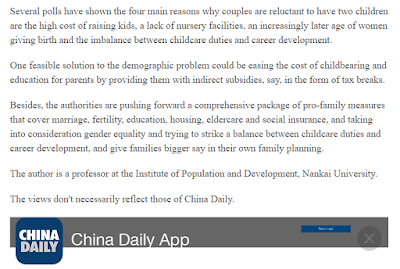 ➤ Government #dd_incentives for baby-making can take the form of—

Nearly all such "solutions" require tons of 💰 that most governments don't have.

➤ Incentives don't work because people aren't dumb. Given the huge costs, risks and lost freedom of raising a child, anything the government can offer is a pittance.

What might work: Paying mothers a full salary for childrearing. But no government can afford that.

➤ Anyone who WAS swayed by a financial incentive might not be an appropriate parent.

e.g. 🇷🇺#dd_RU offers a $8K bonus for a 2nd child. What is to prevent parents doing it for the money and neglecting the child thereafter?

➤ Evidence that incentives work is dubious, because there is no control group. There is only cherrypicking coincidences.

There's no proof one caused the other.

If rates fell in 2014, the government would have kept quiet.

➤ Couples who were ALREADY planning to have a second 👶 are happy to take the government's money, but there is little evidence that the incentive actually changed anyone's mind. 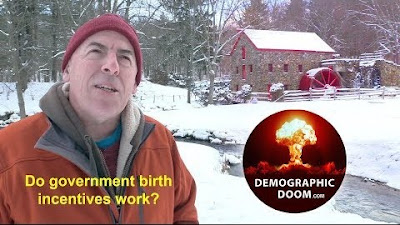 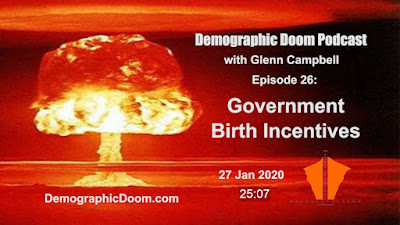 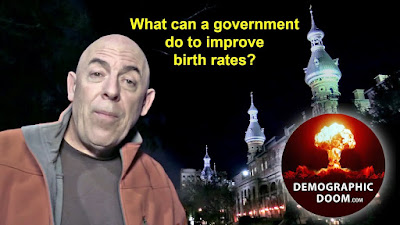 Many articles on various government efforts to encourage births. Quite a collection! (Includes some unrelated #dd_perverse incentives.)

➤ 🇨🇳 One thing China could do that other countries can't is abduct women, inseminate them and force them to have babies. The children could be raised in ☭#BabyFarm's.

I wish I could say they would never do a thing like that, but their track record suggests they are capable.

➤ Short of forced childbearing, any incentive program is likely to fail in China like it has failed everywhere else.

➤ 🇨🇳👶🏭 #BabyFactories are real in China, but they are criminal enterprises producing babies for adoption. No indication yet of state sponsorship. Daily Mail Article

Posted by Glenn Campbell at 8:07 AM