Santa Claus and the Aliens: Charities That Don't Work 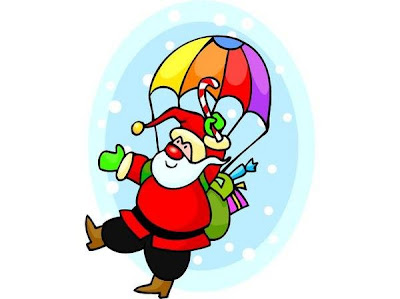 A friend referred me to the website of the HEARTbeats Foundation, a 501(c) charity that intends to improve the lives of impoverished children around the world through music.


Based in Los Angeles, the HEARTbeats Foundation strives to help children in need harness the power of music to better cope with, and recover from, the extreme challenges of poverty and conflict, in hope of creating a more peaceful, sustainable world for generations to come.

In essence, this is a group of American musicians who travel around the world giving concerts to poor children, thereby improving their lives and "making a difference". Their first 6-day journey to Nepal was a great success. The photos show they brought great joy to many children.

Mind you, they are not doing anything concrete to improve the lives of impoverished children, they are just helping them "cope" with their poverty though the power of music. The 9-person team includes a 3-person film crew so they can record themselves bringing joy to others and making a difference.

So as I understand it, these musicians are improving the lives of desperate children by entertaining them. Sure, all children love entertainment, but this is very expensive entertainment, imported from America. These are concert violinists and cellists from prestigious American symphonies. Certainly impoverished children in Nepal will appreciate that!

This is an example of what I call a "Santa Claus" charity. They parachute in, give people some nice presents, and leave. Without a doubt, they bring joy to the people they give the presents to, but the joy doesn't last any longer than the gifts do. In spite of the short-term satisfaction of both the gifters and giftees, these charities can cause a great deal of long-term damage by disrupting local ecologies and giving people false hope.

To illustrate, here is a little parable I wrote for my friend...

After years of speculation, the truth is revealed: Alien life exists!

A flying saucer comes out of the clouds and finally lands on the White House lawn. The whole world is mesmerized. All other television programming is suspended as every channel covers this one stupendous event.

The saucer opens and six strange grey aliens get out. They set up their instruments and start playing a concert of curious alien music. They dance and sing in a strange language. Then they get back in their spaceship and fly away.

Without a doubt, it's a joyful, amazing event! It is perhaps the most impressive occurrence in the memories of millions of Earthlings, especially the young people.

But then what happens?

The aliens don't come back.

People are left wondering, "Where did they go? Why did they leave?"

Yes, we now know that alien life exists, but they're not communicating with us anymore. They just abandoned us. Did we do something to offend them?

Can you imagine the trauma this would cause on Earth? Aliens come down from the heavens, show us joy, then leave, taking the joy with them.

Some of the young people on Earth are curious about the weird instruments the aliens are playing. They would like to play those instruments, too, but they don't exist on Earth. We don't have that
advanced alien technology, and aliens didn't leave anything behind to help us obtain it.

People also wonder: We've got some serious problems on Earth -- global warming, war, overpopulation, poverty, hunger. These aliens are very powerful. Why can't they help us with these things?

People who were starving before the aliens came are still starving after they leave.

Oh, I forgot to mention something: The aliens brought a film crew with them. The purpose of the film crew was to record the six aliens bringing joy to Planet Earth. The joy is real and the film crew captures it! Without a doubt, the whole Earth is filled with wonder as the aliens perform on the White House lawn, and the film crew, pointing their camera out at the audience, accurately record that wonder.

Isn't that the REAL purpose of the mission? Now the aliens can go back to their home planet, show the film to all their friends and say, "We made a difference!"

But did they really make a difference? Did they really improve life on Planet Earth or just confuse the hell out of people? In the long run of five or ten years, did this concert help or hurt our planet? It's really hard to say. It is an alien event with a million different interpretations. In fact, most people can't process it at all. It's just this weird thing that happened.

The only clear thing is that any joy the aliens brought to our planet left as soon as they did.