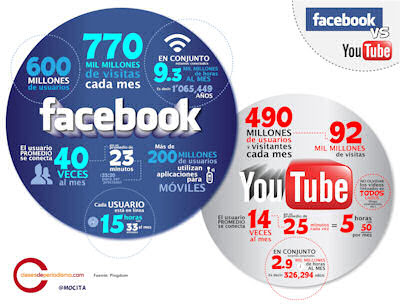 Social media is a new economy, and there are sure to be problems down the line that we can't anticipate now. It's not all endless growth; there are bound to be crashes. Here's one problem I see that could be a big problem in the not-so-distant future....

Facebook, in its new Timeline feature, has invited everyone in the world to chronicle their entire lives on the site. Many will accept this offer, uploading every photo they have from their past. But then what happens? Those photos sit on Facebook's servers forever, rarely viewed and never generating a cent of profit for Facebook.

Multiply this by millions of users, and you have endless terrabytes of dead storage that Facebook must pay for but is gaining little economic benefit from.

True, storage is always getting cheaper, but will the technology keep pace with the added burdens? And storage will always cost money, while photos that are never viewed generate no revenue.

Facebook can plausibly generate revenue on new photo albums that people actually look at, since they can sell advertising on the margins. They gain no revenue when active interest in those photos expires, as usually happens in a couple of weeks. Then the photos are merely a money-sink for Facebook, since it has to pay for storage. And this dead storage is constantly growing at an ever-quickening pace.

This has to end badly sometime in the future. Facebook simply can't store everything for everybody forever. There has to be a breaking point.

YouTube also faces the same problem. People are uploading videos every day. Each of those videos have an active life when they can generate revenue, and after that they become dead storage that never goes away. And video files are HUGE, dwarfing still photos.

I have often recorded videos for only one person. I upload the video -- as big as one gigabyte -- the target audience views it, then the video is never viewed again. It sits in storage until the end of time.

The Google search engine doesn't face this problem as much. It doesn't have to store or index the whole web, only as much as it wants to. As the web grows exponentially, Google doesn't have to keep up.

Not so for Facebook. With its Timeline feature, it is implicitly promising to keep everything you upload forever. Imagine the outcry if Facebook ever said, "We're going to delete some of your old photos."

Facebook's economic base is still unproven. It can make money selling advertizing and by selling all the data it is collecting on people's behavior, but it is doubtful this revenue stream can increase at the same exponential rate as Facebook's new commitments to users.

This is beginning to take the same form as every conventional economic crash in the past: A belief in magical infinite growth that will go on forever. In the midst of the boom, people believe in anti-gravity, but real gravity always wins in the end.

So don't upload your photos to Facebook or videos to YouTube thinking they'll be there forever (as, unfortunately, I have). Regardless of revenue, there will come a time when no amount of cheap storage can keep up with the demands being made.

One way or another, gravity will eventually win.

[Also see next entry: The Facebook Bubble: Running the Numbers]
Posted by Glenn Campbell at 7:01 PM