A Theory of Personality Change 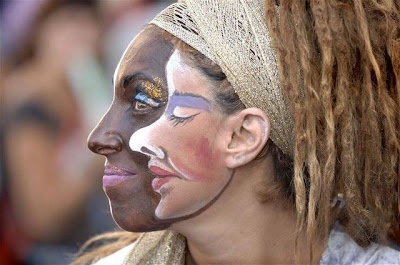 Most great movies aren't really about fighting evil or saving the planet; they are about a single character facing his own internal demons. The protagonist encounters an outside difficulty (alien invasion, false arrest, serial killer, etc.) which challenges his basic assumptions about life. To win the battle, he has to overcome a barrier inside himself. Only then can he slay the external monster.

To defeat the enemy, the hero has to do something different than what he is programmed for. He has to "trust the Force," take responsibility, rely on others or adopt some other philosophy that is normally alien to him. In doing so, he shows some insight into his own previously self-defeating behavior.

In real life, we each face similar challenges. We are flawed heroes in our own movies. From time to time, unexpected difficulties arise, and defeating them often depends on detecting our own defects and counteracting them.

They don't make many movies about unemployment, divorce, mental illness, alcoholism or loneliness, but if they did, they would show a hero making compromises where he never thought he would. Like in the movies, the conflict could make the protagonist stronger in the end, but only if he rises to the challenge, finds some insight and changes his behavior.

We each possess a "personality." That is the style we have of interacting with the world. One person, for example, may be a natural salesman, while another prefers detached mathematical problems. Our personality is our script, engraved in our nervous system, that we play out again and again in a variety of circumstances. If we move to a new city and start our life over from scratch, our personality will follow us, to the point where we will probably find ourselves in remarkably similar circumstances to the ones we left behind.

Our personality is both a blessing and a curse. It is a blessing because at least we know what to do with ourselves in new circumstances: We repeat the tricks that seemed to work for us in the past. It is a curse because our personality reinforces itself in what we choose to see and do. Thus, it can prevent us from escaping from our own dysfunctional behavior.

In the movies, the protagonist usually has a fatal flaw—say, a fear of snakes, a fear of commitment or a fear of repeating some traumatic past event. This trait initially developed as a survival mechanism to protect the character's fragile ego at a time when he was vulnerable. Once formed, however, the trait distorts his decision-making, often encouraging the exact emotional circumstances he most fears.

Why do some people find themselves in abusive relationships again and again? Their personality leads them there. They don't want to be abused, but their assumptions about life, probably formed in childhood, somehow draw them back into the same circumstances where abuse thrives. An abusive environment is comforting in a way, because at least it is familiar to them and they know how to respond.

Any trait that is a "talent" in one set of circumstances can become a barrier in another. For example, obsessive dedication to a goal might help you get ahead when the goal is truly achievable, but it can sap years from your life when the goal is unrealistic. Every personality has its drawbacks, and confronting them is one of the fundamental dramas of life.

A good rule of thumb when dealing with others is that personalities don't change after childhood. They are too engraved in the nervous system. There is no way to talk someone out of their dysfunctional behavior, no matter how rational you think the issues are. Addicts will be addicts and paranoids will be paranoids no matter how much your counsel them or offer them alternatives. Because the basic patterns are so deeply ingrained, your ability to change people by cognitive means is extremely limited.

And yet people have to change to adapt to the real world, and they do change! It is something that usually requires drama, however, just like in the movies, and the process is almost never pleasant.

A personality is self-reinforcing, because the decisions a person makes tend to lead them into circumstances in which they feel most at home. If someone has the power to mold his own environment, the personality will have free rein to continue its flaws, because there is no incentive to change. True personality change only happens when the person hits a brick wall and there are no alternatives.

In a Hollywood production, it may take an alien invasion to force change in a character. In real life, it's divorce, unemployment, the death of a loved one or some other basic rupture in the space-time continuum. Pain formed the personality and only pain can change it.

Sadly, there's no way around it: People usually have to face the hard consequences of their action before they get that "Ah-hah!" moment where they try a different technique. An addict (as all of us are) has to hit rock bottom before he is really ready for change.

Of course, reality might kill him first, just like the monsters in the movies, but that's the nature of the game. The stakes have to be high, and you have to be facing a genuine abyss before you will question your strategies. 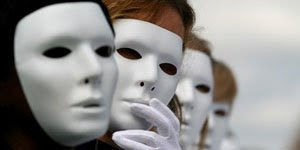