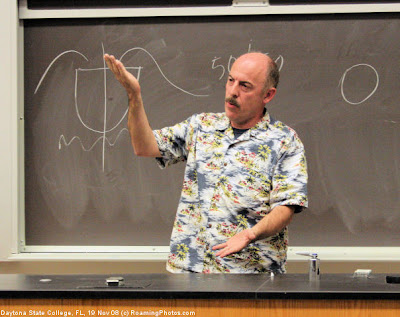 Today, I gave a talk of over two hours at Daytona State College in Daytona Beach, Florida. The topic was "The Case Against Marriage," based on my unfinished book of the same name.
Here is the entire presentation in YouTube video (audio only).

The event was open to the entire campus, but about 1/3rd of the audience came from an honors class on intimate relationships that had previously been assigned my book to read. The presentation was very informal and consisted mainly of lively debate between me and members of the audience. Most of the audience disagreed with my positions on marriage, which only made things more interesting. Although the event was optional and everyone was free to leave, about half stayed for the full duration.

As part of the relationships course, the students in the class had been assigned my book to read at the beginning of the semester. In fact, it was their only textbook in the course. They later had to write a report on it, which was turned in two weeks ago.

The lecture came about because one of the students emailed me to interview the author directly. Since I can fly for free, I offered to come to Daytona to talk the the class myself.

I thought it was very amusing to turn up in a place where my work was being discussed. The students were well-prepared to challenge me, and I think we all had a good time. 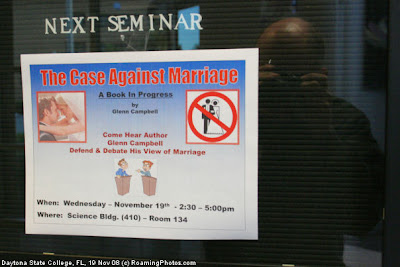 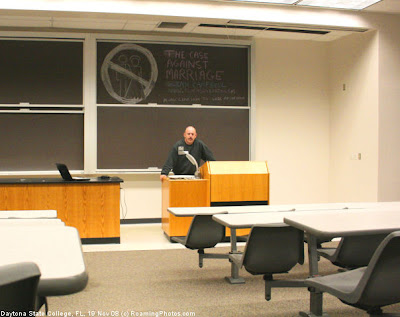 Also available as an WAV audio file (2+ hours, 31 mb) Recorded with the voice recorder you see on the desk in front of me. A second recording of the same lecture is also available - Daytona.WMA - recorded in the audience. The first recording (.wav) is the best for my own speech, but I don't know which one is better for questions from the audience. In the second recording (.WMA), the professor's introduction begins at 4:15, and my talk begins at about 5:00.)
Posted by Glenn Campbell at 3:03 PM