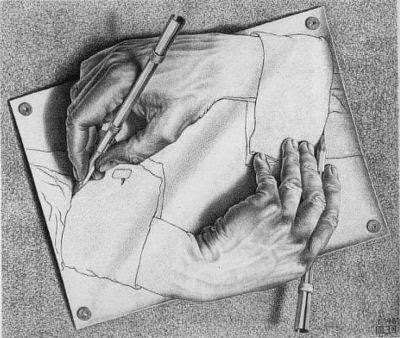 A book I am reading is The Screenwriting Formula by Rob Tobin. It's got some really simple advice that also is very telling about humans in general. One paragraph makes me say "Aha!"...

This isn't just talking about screen characters but people in real life. It figured into the cat lady story, and now it colors the way I see everybody, including myself.

The hero usually has a flaw at the beginning of the story. This flaw hinders him (or her) in some way, even if the hero doesn't realize what the flaw is--or that it is hindering him.

The hero most often views his flaw as a defense mechanism he needs for his survival. The hero does not view his flaw as a flaw, but as a way of coping with life, as a behavior that protects his life metaphorically or perhaps even literally. That is why the hero has not already let go of his flaw--he actually does believe that he needs it.

That's humans in a nutshell.

Another interesting thing is the way the character's flaw molds his relationships. My new Facebook quote is: "There's a fine line between love and enabling." It means that in every relationship, you run the risk of reinforcing the preexisting character flaw of the other person or of yourself. This happens because each of us tends to mold the relationship to accommodate our own fatal flaw.
Posted by Glenn Campbell at 6:19 PM