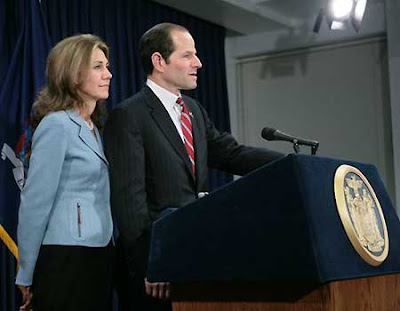 We first meet SENATOR SMITH when he is working on Capital Hill to pass a child welfare bill. At a subcommittee hearing, he manages to outwit his opponents through special intelligence supplied by his wife, MRS. SMITH. She acts as a sort of secret agent at the hearings, lurking quietly in the background and picking up information that she relays to the senator in text messages.

It is clear that they have a very special relationship. They aren’t just husband and wife but creative and combat partners. They are in sync with each other in many different ways. The SENATOR is the gregarious member of the team, the one who does most of the talking, while his wife is the brains, who judiciously avoids public attention as she plots the senator’s course of action.

They are so successful in Washington that they take the critical step of seeking his nomination for President.

A vicious primary battle then ensues between the Senator and his arch-rival, SENATOR JONES. SENATOR SMITH has to make sacrifice after sacrifice in his principles to compete with SENATOR JONES. Unfortunately, for every step closer he gets to the nomination, his relationship with his wife gets worse and worse. She continues to support him, but their personal connection gets increasingly tenuous.

Finally, SENATOR JONES gets tripped up by a sex scandal. The nomination is now SENATOR SMITH’s for the taking.

At the national party convention, SENATOR SMITH rises to the podium for his acceptance speech. Ahead of him stands almost unlimited power. The opposing party is very weak, so by winning the nomination, he has almost certainly won the presidency.

At this point, his emotional rapport with his wife has all but collapsed. She is standing behind him, but she is there only as an aide. She continues to believe in what he stands for and the good he can do for the country, but she no longer believes in him personally. She has given him her assurances that she will not seek a divorce and that she will continue to play the part of his wife in public, but their love is all but gone.

SENATOR SMITH begins to give the standard acceptance speech. He thanks all the people who have helped him get this far. He announces his respect for his honorable opponent, and he calls for party unity. He then launches into an unexpected speech about holding onto our humanity, about staying true to what’s really important. There is something more important than power and fame, he says; you have to first be true to yourself.

He then talks about his wife, how she was the true power behind him all along. He was never really more than an actor, he says, but his wife gave him life. Without her, he would be nothing. It sounds heartfelt, but we are skeptical.

“And that is why I cannot accept this nomination,” he says. “The price, for me, is too high.”

He throws all of his support behind SENATOR JONES. He talks about forgiveness and about allowing people the space to make mistakes.

After a stunned silence, the crowd erupts in applause.

Posted by Glenn Campbell at 9:57 AM